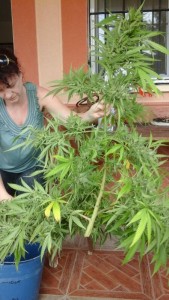 Cannabis is one of the oldest medicines known to man, with its first recorded use dating back to 2900BC when Chinese Emperor Fu Hsi referred to cannabis being used as a medicine and it was said to be both ying and yang.  Archaeological discoveries in China show that cannabis has been used since the Neolithic period, (around 4000 BC). Throughout recorded history there are records of Cannabis being used as a medicine, right up to the present day.
Different countries have different approaches and ideas about the use of Cannabis as a medicine. For example in the UK it is a class B substance which means it is considered to have no medical properties and is a drug of abuse (even though it is available, as Sativex on prescription for pain relief for multiple sclerosis patients). Meanwhile, other countries such as Israel and Spain are leading the way in cannabis research, testing its abilities to treat conditions ranging from cancer and epilepsy to skin complaints.

Cannabis is also one of the safest herbs known to man. There has never been a recorded death caused by cannabis

consumption and in comparison to the side effects of some pharmaceutical drugs used to treat conditions like cancer – there are very few, with most passing in a few hours. Cannabis can be used to treat a large range of diseases and conditions including Adrenal disease, Alzheimer’s, Anorexia, Asthma, Cancer, Crohn’s disease, Diabetes, Glaucoma, Gout, Epilepsy, Fibromyalgia, Inflammatory Bowel disease, Opioid Dependency, Alcohol Abuse, Pain relief, Psoriasis, Rheumatoid Arthritis, Migraines and Multiple sclerosis.

The reason why cannabis has the ability to treat so many different ailments is due to cannabinoids, which are unique compounds found in this plant. So far, there have been over 101 different types of cannabinoids discovered by scientists in the cannabis plant. Each one of these cannabinoids has their own therapeutic properties – please refer the to table. THC is the most studied of all of the cannabinoids and has a very similar structure to a compound made naturally within our bodies, called Anandamide, the bliss receptor – this is an endocannabinoid. 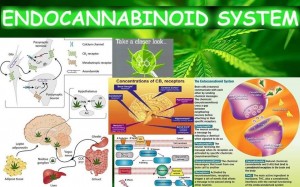 Cannabinoids, once in the body, use a system called the Endocannabinoid System (ES). This was only discovered by scientists during the last twenty years. Cannabis is such a versatile medicine because it uses the ES, which is everywhere in the body. It is in the brain, the immune system, the gut, spleen, liver, heart, kidneys, bones, blood vessels, lymph cells, endocrine glands and reproductive organs. Cannabinoids use the ES in the same way a key uses a lock, some turning it on, others off, and others combine to varying degrees. CBD is the only cannabinoid known not to use the ES. The mechanism used by this is still unknown. It seems as if we have evolved with the cannabis plant – it mimics pathways within the body and brings its systems back into balance, facilitating the action of healing on all levels. 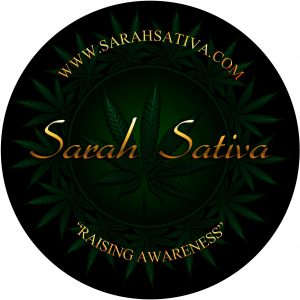 The contents of the sarahsatvia.com site such as text, graphics, images, and other material contained on the sarahsativa.com are for information purposes only.  The content is not intended to be a substitute for professional medical advice, diagnosis or treatment.  Always seek the advice of your physician or other qualified health provider with any questions you may have regarding a medical condition.  Never disregard professional medical advice or delay in seeking it because of something you have read on the sarahsativa.com site.