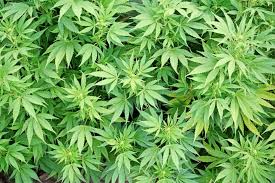 With the current financial crises and austerity measures taking place in the UK, it’s a really hard time for medical Cannabis users. The stigma that has developed since the financial crisis began towards people on benefits which has reached really high proportions here in the UK. The government has pointed its figure at the most vulnerable of our society as scapegoats, while papers like the Daily Mail fuel prejudice on a daily basis, printing negative headlines about people who are sick and cannot work due to their health. This, coupled with the use of cannabis, can make people feel like a prime target. Seeing the headlines “unemployed cannabis users blames addiction on health” when actually the person is unable to work and the only medication that gives them a good quality of life. 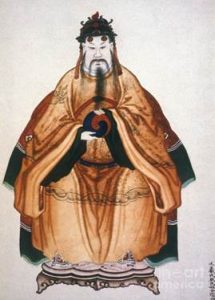 Cannabis has been used as a medicine practically since   man first walked this planet, the first recorded use being 2900BC – Chinese Emperor Fu Hsi referred to cannabis as both ying and yang. We have evolved and developed a symbiotic relationship with cannabis, it has been shown that deficiencies within the endocannabinoid system (1), can cause illness and by replacing the depleted endocannabinoids which are made within the body with phytocannabinoids from the cannabis plant, which alleviate the symptoms and can also, in some cases, bring total relief from a conditions.  Cannabis has bee used in many different cultures across the globe. 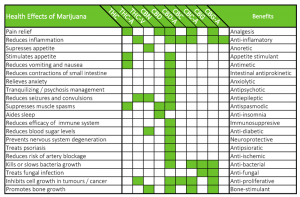 Therapeutic Benefits Of The Different Cannabinoids

Cannabis is used as a medicine, because it assists with so many different things. It is an: anti-bacterial, anti-viral, anti-fungal, anti-inflammatory, anti-spasmodic, anti-emetic (stops sickness), appetite-stimulant and, with some strains, can even decrease the appetite. In studies it has been show to kill some cancer cells and also stop their spread. Another great benefit is it eases depression and also anxiety when the right strains are found for the individual. It also aids sleep which is vital when the body is healing. These properties are what make it possible for this plant to assist with so many conditions, and are part of the reason it is used by so many to treat such a variety of conditions.

So, Why The Stigma?

If people are going to be judging people for using cannabis as a medicine they would be better to stand back and take a look at the benefits, take a look at the positive effects this plants has on people moods, their ability to live a normal life which, without it, many can’t.

As long as this amazing medicine is assisting daily in this country with an estimated 1 million medical users of cannabis it’s about time this all changed. My guessing is that the actual figure is a lot higher than that, but more importantly the number of people that cannabis could be assisting will be more like 10 million if not more.

Please, before you judge do your research, find out the facts, don’t just read the Daily Mail or any other newspaper and make a decision, think about the reality of what is right here? What is more important, someone’s quality of life or a law which is a failure even on its own terms? When a person is battling with illness arent they entitled to benefits? Isn’t that why the system has been set up? As a safety net for all of us. Anyone can become sick but with the assistance of this amazing plant it is less likely to happen and, if it does, it is more likely to be eased or healed totally depending on the condition.